STS is an AI car and waypoint system, with editor helper tools that allow for quick creation of waypoint based routes that can be interconnected to create road networks in your scenes.

The primary logic is handled by a single AI Traffic Controller that AI Traffic Cars register to, it uses the C# Job System and Burst Compiler to spread processing across all available CPU cores, reducing usage on the main thread, allowing you to use more of your performance budget for other content. 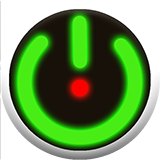